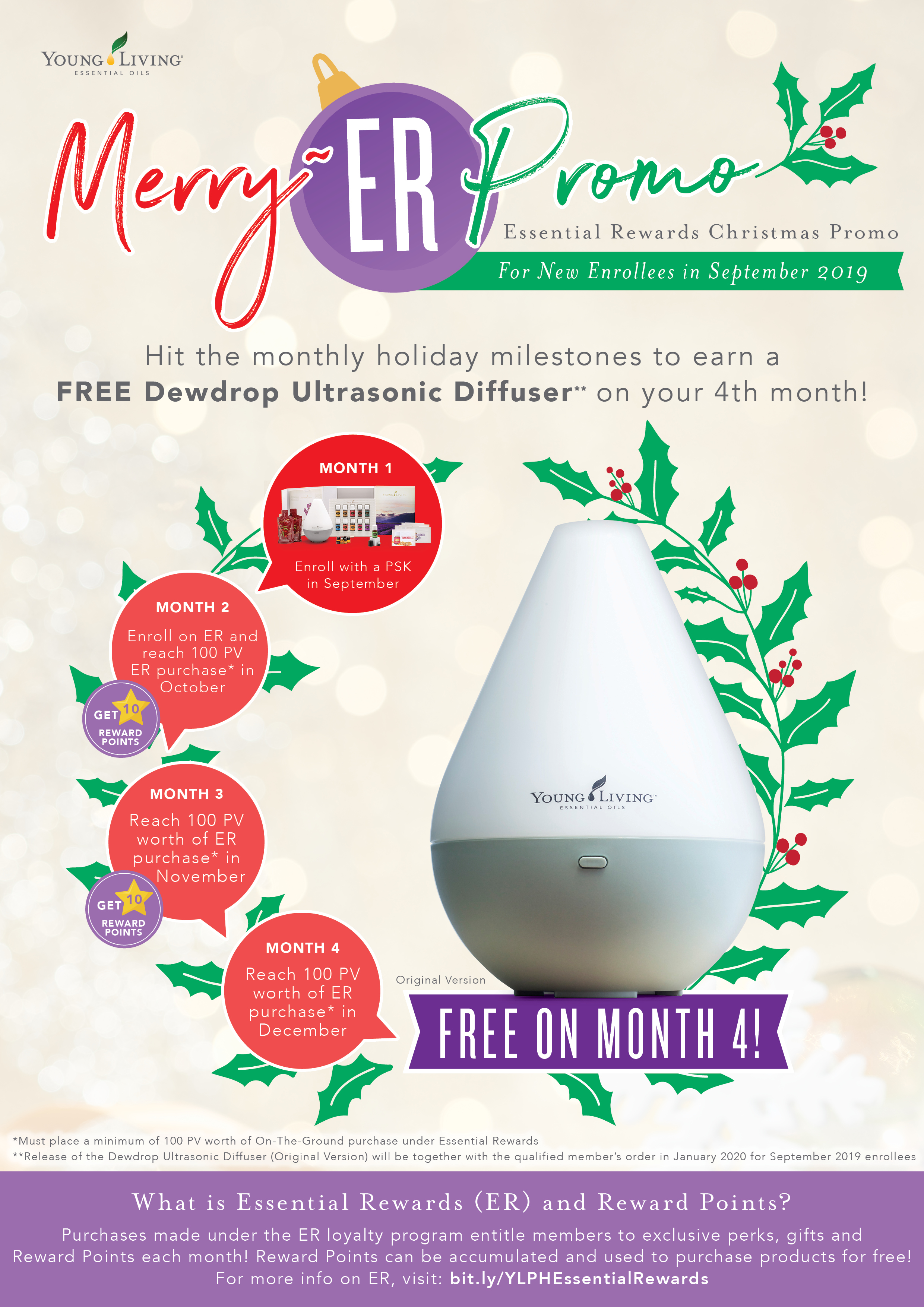 1. Who can join the program?

All enrollees within September 2019 can join the program.

2. What is the requirement to be able to participate in the program?

Enrollees would just need to purchase a Premium Starter Kit (PSK) within September to participate.

3. Does the enrollee need to be on Essential Rewards upon enrollment to join the Merry-ER Program?

No, that would be ideal but the only requirement is for the enrollee to have purchased a PSK. If the enrollee did not enroll on Essential Rewards (ER) in September, the enrollee is required to enroll on ER for October to join the Merry-ER Program.

The enrollee needs to purchase a PSK in September, enroll in ER and purchase 100 PV ER in October and continue buying 100 PV ER in each month of November and December.
The enrollee will get 10 PV ER points each in October and November and a FREE Dewdrop Diffuser (original version) in December.
Please note that these are on top of the ER points and loyalty gifts that an ER member gets.

5. When will the qualified September enrollee receive the rewards?

The 10 PV for October will be released end of November; the 10 PV for November by end of December; and the FREE Dewdrop Diffuser (original version) by January 2020, together with the enrollee's order in January.

No. The enrollee must purchase 100 PV ER consistently from October to December.