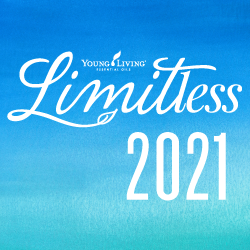 Culinary Essential Oils: Guidelines for Use

Share
Essential oils are highly concentrated plant extracts, and Young Living’s proprietary Seed to Seal quality commitment ensures that our bottles contain nothing other than pure oil. Young Living Essential Oils Australasia has over 88 single essential oils, 35 of which are safe to consume as flavouring, when following strict usage guidelines.
Adding culinary essential oils to food and beverages is a great way to enhance flavours and add vitality. Since essential oils are very concentrated, some even up to 70 times stronger than their fresh or dried herb counterparts, they need to be treated with caution and respect when consumed. Adding culinary essential oils to food and drinks dilutes them so that they are safe to ingest, however it is important that the recommended usage quantities are followed as per Young Living’s approved recipes. Some of the stronger culinary oils require less than one drop for flavouring and a toothpick is used to control the amount of oil that is added (dip a toothpick into the bottle and swirl it into the dish to add flavour).
If you have any concerns, especially if pregnant or if cooking for children, Young Living advises that you check with a health care professional prior to use. Also note when cooking or baking with children make sure to keep the essential oils out of reach of children and supervise them when using oils.
In Australia and New Zealand, Young Living’s essential oils are permitted for use as flavouring under the Food Standard Australia and New Zealand (FSANZ) legislation - Food Standards Code standard 1.1.2 – Definitions general as outlined below:
Permitted flavouring substance means any of the following:
-(a) a substance that is listed in at least one of the following publications:
-----(i) Generally Recognised as Safe (GRAS) lists of flavouring substances published by the Flavour and Extract Manufacturers’ Association of the United States from 1960 to 2013 (edition 26);
-----(ii) Chemically-defined flavouring substances, Council of Europe, November 2000;
-----(iii) Annex I of Council Regulation (EU) No 872/2012 of 1 October 2012 adopting the list of flavouring substances [2012] OJ L267/1;
-----(iv) 21 CFR § 172.515;
-(b) a *flavouring substance obtained by physical, microbiological, enzymatic or chemical processes from material of vegetable or animal origin either in its raw state or after processing by traditional preparation process including drying, roasting and fermentation;
-(c) a flavouring substance that is obtained by synthetic means and which is identical to one of the substances described in paragraph (b).
Should you require any additional information regarding these flavouring definitions or anything else, please contact Member Services: custserv@youngliving.com.au or 1300 289 536.