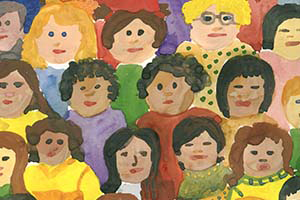 The D. Gary Young Foundation is committed to empowering individuals of all ages everywhere to live a happy, healthy lifestyle. By providing educational, economic, and even wellness support to those most in need, the foundation promotes Young Living’s mission to transform lives for the better in deep and lasting ways.

By focusing on people and communities where help is needed most, the D. Gary Young Foundation and supportive Young Living members play an important role in establishing a bright, successful, and healthy future for underserved communities everywhere.

The D. Gary Young Foundation is working harder than ever to answer the needs of individuals and communities, including three new efforts:

The Maestral Orphanages in Croatia

The needs of children go far beyond food and shelter—all children deserve love, care, and mentorship, no matter their circumstances. The D. Gary Young Foundation is thrilled to announce a new project that will answer these needs for orphaned children in many years to come. We have partnered with Maestral Orphanage in Croatia, which, between its two locations in Split and neighboring Kastela, provides services for 125 children and young adults who have been removed from their families due to neglect, abuse, or other issues. They are also the only orphanages in Croatia that place children in private apartments that reflect a healthy biological home as closely as possible. The children living in these apartments, accompanied by a full-time staff member, show clear signs of independence, confidence, and hope for the future.

During April’s Raindrop training and the Diamond Retreat in Croatia, D. Gary and Mary Young, Young Living executives ,multiple Diamond members, and many European members raised more than $35,000 to support the Maestral Orphanage, which Diamonds were able to visit during their retreat. With these funds, the DGYF plans to sponsor two new apartments that will give 12 more children the opportunity to live in a healthier environment and reach their full potential.

To everyone who contributed, thank you for helping us reach our goal! We invite everyone to join this extraordinary movement today—we can always do more and we welcome your continued contributions. 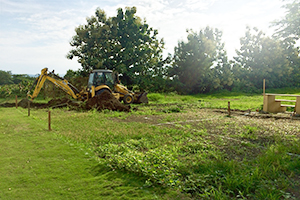 For many years, the Young Living Academy has been giving schoolchildren in Ecuador the hope and confidence that comes with a great education. With your help, the D. Gary Young Foundation can give the same hope of a bright future to even more kids!

At the end of 2014, the foundation’s classroom campaign raised more than $180,000 from Young Living members to build four new classrooms at the Academy. The four highest donors were The Lemon Droppers, Max and Karen Hopkins, Jonathan and Laura Hopkins, and Christa and Jason Smith. For their generosity, they will each have a new room named after them.

But these new rooms aren’t the end of our efforts. During a recent trip to Ecuador, Nikki Davis, Young Living’s Director of Philanthropy and the Foundation Director, negotiated a beneficial deal to build eight total rooms. So what was the deal? For just an additional $75,000, a total of five classrooms, a library, a teacher workroom, science lab, and bathrooms can be built! This two-story building will serve as a complete high school.

The foundation would like to open its classroom campaign back up to raise this additional $75,000 and complete the high school. The campaign will end at midnight on May 31. The four highest donors (individual or group) will each have a room named after them. As in the past, members who donate at least $500 can have a brick on the new building with their name on it.

To donate via a deduction from your commission check, click here, or donate via credit card. Be sure to indicate the name you would like placed on your brick.

THE SPIRIT OF THE FOUNDATION AWARD! 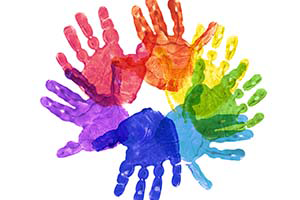 For the first time ever, the D. Gary Young Foundation will be awarding the Spirit of the Foundation Award to a remarkable person who embodies and exemplifies the spirit and ideals of the foundation. The recipient will be honored during the 2015 International Grand Convention.

The recipient of the award will be chosen based on a nomination process. If you would like to nominate an individual who, through service and empowerment, has lifted others, please submit the following information to info@dgaryyoungfoundation.org by June 7:

3. The nominee’s city of residence

4. In 500 words or less, provide an explanation of how the nominee empowers underserved individuals, offers selfless service, or generously gives of his or her time, talents, or resources for the benefit of others

A committee comprised primarily of DGYF board members will consider the following factors: (1) degree of impact and influence, both in terms of number of people impacted and depth of the impact, the nominee has had on members of the underserved community; and (2) degree of personal sacrifice, service and investment.

As a Young Living member, chances are you know someone who personifies the Spirit of the Foundation Award. Show your appreciation by nominating them today at info@dgaryyoungfoundation.org.